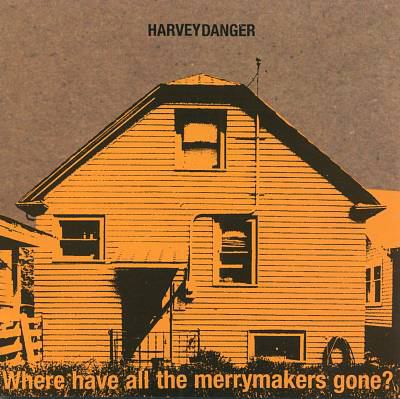 Most popular music consists of both music and words. I find that I respond almost entirely to music, seldom paying too much attention to lyrics, which is probably just as well since most lyrics are drivel. This is not opinion, it’s science.

When I’m reading music reviews, the reviewer often will quote lyrics that he finds especially moving or clever. I almost always find these examples to be spectacularly inane, which leads me to wonder if when I share lyrics that are incredibly meaningful to me, everyone else finds them stupid.

Don’t get me wrong; clever lyrics can be amazing. But most folks who write rock songs are content to rhyme home and roam, wife and life, booze and lose. The little grey cells are not stretched much to come up with these expressions of creativity.

So, I set out to find strange, meaningful, beautiful lyrics. And let me tell you, it was not an easy journey. I finally arrived on my own doorstep, so to speak, with the album Where Have All The Merrymakers Gone? by Seattle’s own Harvey Danger. Here we find clever, quirky lyrics that are coated with a fine sprinkling of pathos and powdered sugar.

Hear the voices in my head
I swear to God it sounds like they’re snoring
But if you’re bored then you’re boring
The agony and the irony, they’re killing me

Flagpole Sitta contains some of my favorite lyrics in songdom, yet if asked to explain the song’s meaning I would be largely guessing. If one looks at forums discussing this very topic, one will be highly amused by the extreme variety of responses. Ultimately, as with all great art, the lyrics mean whatever you want them to. That aside, I’m attracted by the waggish wordplay. In the above example the narrator is apparently suffering from auditory hallucinations, but at the same time has such low self-esteem that he feels he’s putting his hallucinations to sleep. Sad if true, but in the context of song lyrics quite amusing.

The chorus is short and poignant.

This gives some insight into the narrator’s mind: Not sick but not well, suffering as from the fires of hell. Not a happy person. But he’s still able to find humor in the idiocy of others.

Carlotta Valdez is another jocular song on this album, featuring lyrics that should have won a MacArthur Genius Award.

These lyrics refer to the movie Vertigo, which has a plot that’s insanely difficult to explain. Picture Jimmy Stewart, people falling off buildings, a femme fatale (played by Kim Novak) who Stewart becomes obsessed with, and a bad case of vertigo. Carlotta Valdez is a long-dead woman who is possibly related to the femme fatale.

Jimmy Stewart follows Kim to where your portrait hangs on a wall
Such a haunting vision, he forgets his partner’s fall

The words are actually a clever plot synopsis, far more succinct than any I could provide.

Go up the mission stair
I’ll follow anywhere — that is, until you climb too high

So the lesson today? Good lyrics do exist, but it can be a hunt to find them. And, choosing music based on the lyrics rather than the genre can be a good way to expose yourself to new things. Like Harvey Danger.